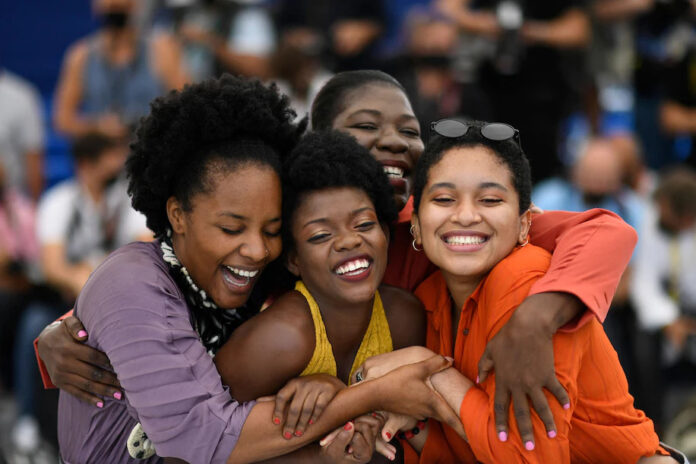 PORT-AU-PRINCE, Haiti — The economy has collapsed. Crime is rising. Protests are paralyzing the country.

Amid the chaos, a student, her two siblings and their single mother wrestle with an agonizing choice: whether to stay in the only country they’ve ever called home or try to start a new life elsewhere.

It’s a dilemma confronting many Haitians today. It’s also the central tension at the heart of “Freda” — the rare Haitian film to be feted at film festivals around the world and one that’s inspiring pride back home, where it’s being celebrated as “fresh air” in an otherwise bleak year.

The film by director Gessica Geneus was selected for Cannes — the first from Haiti to screen at the festival since 1993 — where it earned a special mention. It took second prize at the Pan-African Film and Television Festival. And it’s only the second film to be submitted as Haiti’s nominee for the Academy Award for Best International Feature Film.

“The film is a living portrait of Haiti today. It’s an object of national pride. It’s fresh air in a dire period,” said Karl Foster Candio, a journalist and former critic for the newspaper Le Nouvelliste. “The biggest success of the film is to say that in the middle of what we are living, we are still inspired, and we can still create.”

A lament for Haiti: ‘It is as if we are cursed’

Drawn in part from Geneus’s own experiences growing up in an impoverished Port-au-Prince neighborhood, the film follows Freda, an anthropology student, as she grapples with whether to accompany boyfriend Yeshua, who was the unwitting victim in a gang attack, to the neighboring Dominican Republic.

“The country is getting worse and worse, each day,” he tells her. “We risk our lives here. … They shot me while I was sleeping. I wasn’t in a demonstration. I’m not part of a gang, yet I almost died from a bandit’s stray bullets.”

Freda’s mother, Jeannette, runs a small shop. She encourages Freda to marry rather than study. Her sister, Esther, lightens her skin to attract suitors and lets loose at the Yanvalou nightclub. Her brother, Moïse, is aimless.

“Freda” is set in the Haitian capital in 2018, when protests began amid allegations that government officials had embezzled Venezuelan oil money that was supposed to be spent on social programs. At university, Freda and her classmates debate the utility of protests and legacies of colonialism.

Geneus, fourth from right in front, and producer Jean-Marie Gigon, third from right, dance with “Freda” cast members at Cannes. (JOHN MACDOUGALL/AFP via Getty Images)
The film also touches on questions of colorism, religion and language. Its focus is on the women, complex characters who are neither angels nor saints. Men, when they do appear, have few redeeming qualities.

Lindsey Rebecca Désir saw “Freda” at a screening with several hundred people at the Karibe Hotel in Port-au-Prince in August. There was so much interest that organizers arranged a second screening to accommodate everyone. Désir, a 30-year-old law student, called it a “project that makes us proud to be Haitian.”

“We don’t have a lot of positive things going on in the country right now, not a lot to be happy for,” Désir said. She said it was “extraordinary” that Geneus is earning acclaim outside Haiti.

Abductions by the busload: Haitians are being held hostage by a surge in kidnappings

“In this film, we saw women with their full humanity,” said Mike Hala Joly, 27, who helped organize one of the screenings at the Karibe Hotel. Tickets were $35; half of the proceeds went to the victims of an earthquake that had struck southern Haiti weeks earlier.

In recent months, the Caribbean nation has been pummeled by converging crises: endemic poverty, the earthquake that killed more than 2,200 people in August, the hollowing out of democratic institutions, and a surge in kidnappings by the violent street gangs that control large swaths of the capital.

One week before the film’s Cannes premiere in July, President Jovenel Moïse was assassinated in a brazen attack at his home that remains unsolved, plunging the nation into further turmoil.

The overlapping political and humanitarian calamities have pushed many Haitians to flee, some on perilous journeys by sea to other parts of the Caribbean and the United States. Others ponder whether to stay.

“You see headlines talking about thousands of Haitians on the [U.S.-Mexico] border with Texas,” Geneus, 37, said in a telephone interview from Los Angeles, where she was preparing to screen the film for Academy members. “But there’s few headlines talking about the 12 million that stayed, fighting to survive. … A lot of people stay because they cannot leave, but a lot of people stay because it’s their hometown, it’s their country.”

Haitian migrants thought Biden would welcome them. Now deported to Haiti, they have one mission: Leave again.

Richard Sénécal, a Haitian director who offered Geneus her first film role when she was 17, said she is also a catalyst for the excitement the film is generating. Geneus, he said, “is a very popular actress here … and she also has been quite politically involved in the last three or four years, taking courageous positions, which is not really usual here when it comes to artists.”

The state of Haiti’s film industry has tracked the country’s turbulent history. During the 20th-century dictatorships of François “Papa Doc” and Jean-Claude “Baby Doc” Duvalier, films were heavily censored and some artists were forced into exile. In the 1960s, Papa Doc banned Haiti’s first cinema club after it screened Alain Resnais’ “Night and Fog,” a documentary about Nazi concentration camps.

Sénécal said the film industry was experiencing a “naissance” — but then came the 2010 earthquake, which killed more than 220,000 people and reduced movie theaters to rubble. More than a decade later, many have not been rebuilt.

That disruption, coupled with the proliferation of bootleg films being shown on television and the insecurity situation, has hobbled the filmmaking industry, Sénécal added.

In Haiti, a brutal reckoning over a familiar task: Rebuilding

Filming “Freda” was complicated by the country’s instability. Geneus started production in late 2019, just as a three-month peyi lòk — Creole for “country shutdown” — was winding down. The lockdown was implemented in part because of raging protests amid the scandal over the Venezuelan petrodollars.

“When we were filming, it was still a very hard and tense environment,” said Geneus, “with burning tires, demonstrations and people being killed and finding dead bodies in the streets and not knowing what was going on.”

She struggled to secure financing because she insisted much of the dialogue be in Haitian Creole. That hasn’t turned off audiences. “Freda” played for eight weeks in France, generating headlines about Haiti that weren’t — for once — about its tumult.

“This was so important,” Geneus said. “I said, ‘There has got to be a moment where people will be able to see us or write about us in a different light and to help us believe that we are more than just our struggles.’ ”

Geneus, who earned a scholarship to study cinema in France after the 2010 earthquake, has been a sort of cultural ambassador for her homeland on the festival circuit. Audiences, she said, have been eager to speak not only about the film but also about modern Haiti.

She described campaigning for the Academy Award nomination as “terribly stressful.” The film faces stiff competition for the shortlist. But it’s already cemented a legacy.

“ ‘Freda’ says we can still put forward valid products despite the insecurity climate and the dire economic crises,” said Sindy Ducrépin, a Haitian radio anchor. “The country does not kill our ability to create beautiful things.” 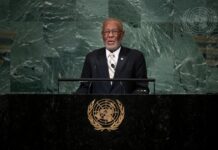 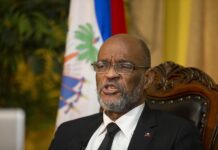 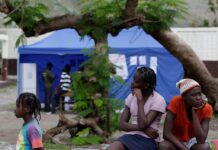